I managed to make some steady progress over December and January. I sprayed the MIP black using Halfords matt black spray, which made a big difference. I have some cheap black paint from B&Q to brush paint everything else.

I also got hold of a few more GoFlight modules which I've used to build a radio stack. 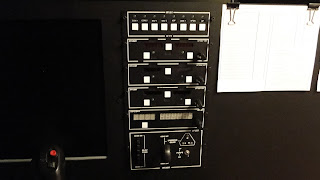 These were all the old black versions and pretty cheap on eBay, although one of the 166s was missing a knob when it arrived. I'll try to return the faulty one and sell on one of the others as I only need two of them. I'm thinking of replacing it with a second 46 so I can use one as a DME and one as a transponder. Then I'd like a GoFlight autopilot module to go in the centre pedestal or OEP.

They are all great modules but for a while I just had the 46 and, to be honest, you could get by with one of these on their own. You can pick them up for around £50 on eBay and they do pretty much everything. I can't recommend them highly enough for adding a bit of reality on a budget.

The idea was to use the P8 to switch between COM and NAV etc as in a RL radio stack, but I'm having trouble getting it to work.

I fixed the modules in place using these: 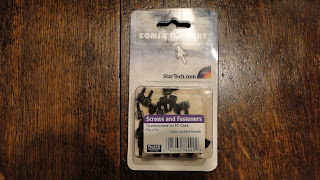 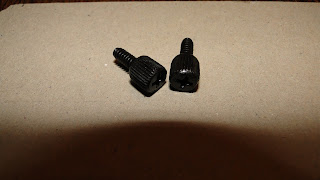 They're really excellent for fastening panels and look the part too.

I also built a new overhead electrical panel. This took some time and now I've used up all the inputs on my Bodnar card, so I'll need a new one before I can add any more switches to it. 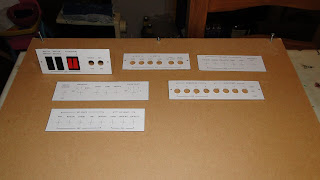 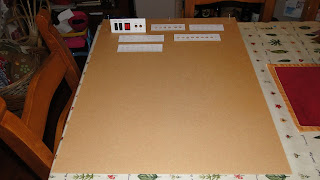 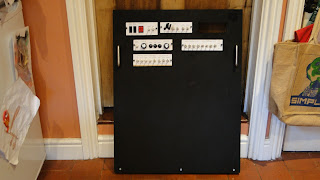 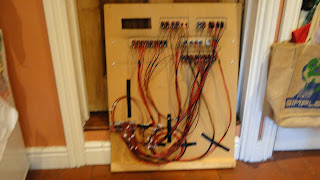 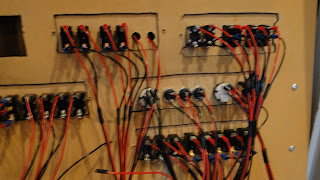 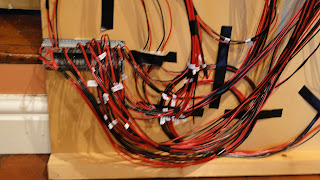 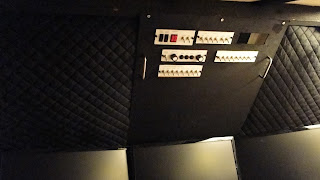 I got a couple of metal handles from Homebase and some black quilted material which looks pretty good as insulation pinned on either side of the OEP.

At the moment the individual switch panels are made from thin MDF with printed paper labels stuck on with spray mount. Once I'm happy with the design of these I will have them made up properly by a local signwriter shop I've spoken to.